The Power of Mentoring a Newcomer 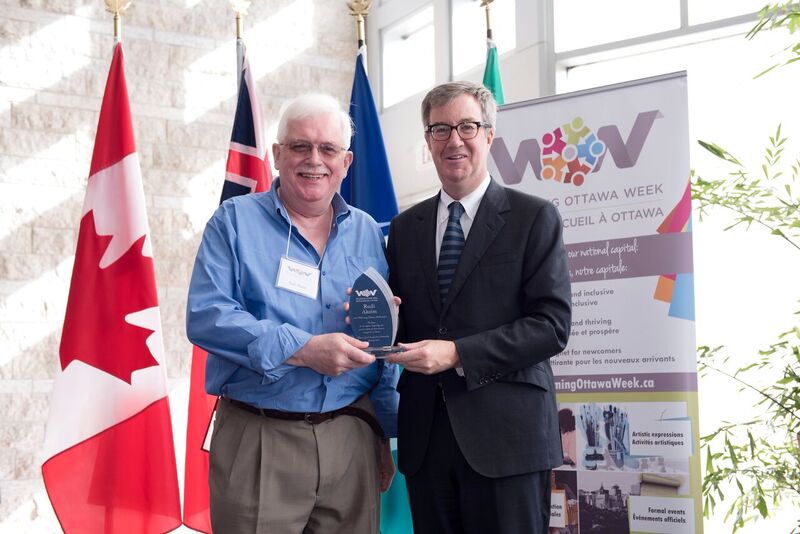 Rudi Aksim, a retired Algonquin College professor, first met Jiehan Zhou in 2013 when he taught him a course on navigating the IT workplace at the Ottawa Chinese Community Service Centre.

After completing the 10-week course, Rudi began became Jiehan’s mentor on a volunteer basis. The two would often meet at a McDonald’s locations all over the city. Over coffee, Rudi helped the Chinese newcomer with his English pronunciation and his job search in the IT sector.  He even helped him prepare and fine tune a speech.

“I believe in strategic networking, which involves talking to people working in a particular field, as the best way to find employment,” said Rudi. “Coming to Canada is a huge, monumental change in the lives of newcomers and my role as a mentor is to cast light on the path and help them see how it works in our country. It’s not just about sending out resumes.”

Rudi connected Jiehan to some potential employers and now Jiehan works as a part-time researcher at Carleton University in addition to a job at a university in Finland. He commutes regularly between Canada and Finland. “Rudi helped me to get my first Canadian work experience for which I am really grateful,” remarked Jiehan. “He opened my mind and broadened my view.”

“I also enjoy meeting newcomers and learning about different cultures and languages,” adds Rudi. “Jiehan is a very interesting, likeable guy and it’s a pleasure to help someone who has big ideas.”

“Rudi made my family feel like Ottawa was home,” explained Jiehan. “He is a really kind man with a great heart. Rudi has given so much of his time to assist so many newcomers like myself and by doing so has helped build a stronger community.”

Beyond their mentoring relationship, the two men have formed a genuine friendship. They visit each other when their busy schedules permit and their families celebrated Chinese New Year’s together.