The gift of « Bonne Action » 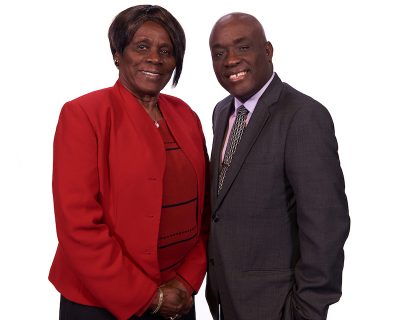 A group of about 50 immigrant seniors in Ottawa agree that one man has made a difference in their lives. His name is Philippe Dieudonné and he has a broad smile that lights up a room.

Seniors are often isolated and lonely, and being a newcomer can make it even more challenging.  “Phillipe helps us to know the country better, visit different neighborhoods and participate more actively in the community,” explains one of the seniors who range in age from 65 to 94, Rose Jean Baptiste. “He has also shone a light on the unknown faces of elder abuse, helping us to know the hidden signs of the abuse that many of us suffer, especially the psychological aspect.”

In 2002, Philippe moved to Ottawa from Haiti with his wife and young daughter. He works at the Conseil Économique et Social d’Ottawa-Carleton (CÉSOC), a non-profit organization that promotes the diversity of the Francophone community in Eastern Ontario.

“Philippe helps us to bring our community closer through his openness and respect for others,” says Rose Jean. “He is always listening, comforting and reminding us that difficulties can be overcome.”

Rose Jean, met Phillipe in 2010, when she arrived here a month after the devastating earthquake in Haiti. “I could see the pain in her face,” describes Philippe. “She had been trapped in the rubble and lost family members.”

Philippe connected Rose Jean with other seniors and supports through CÉSOC’s Viellir en santé program. “Elder abuse is more common than we think and it’s amazing that Rose Jean has become an activist in fighting this horrible issue,” adds Philippe who helped produce a series of short videos about the issue titled “Face cachée de la maltraitance des ainés (The Hidden Face of Elder Abuse)”.

Rose Jean likens Philippe’s approach to the “Staff of Moses”. He guides us through so many things,” says Rose Jean. “He has a lot of compassion for older people.” Philippe shows the seniors around various neighbourhoods, even bringing them on the Immigrant Heritage Walking Tours which take place during Welcoming Ottawa Week.

“He helps us to become young again through theatre, singing and lots of laughter,” adds Rose Jean.  As Phillipe greets the seniors who arrive at CÉSOC for programs every Tuesday and Wednesday he is known to greet the older women with a jovial “Bonjour les Mamas” (Hello Mothers).

Philippe explains that these programs are a way to fight isolation, stress and loneliness experienced by many seniors. “Newcomers have the stress and culture shock when they arrive,” says Philippe. “Sometimes now it’s the woman who works, which can be different from their country of origin. Mental health issues are elevated in newcomers. Abuse can happen and sometimes it’s not physical violence, but it’s subtle more subtle and can involve finances. Older women can be kept in the corner, to babysit the children and may find themselves without a voice.”

Rose Jean is struck by how Philippe pays special attention to her and the other seniors. “He invites me to participate in things which help in my development,” remarks Rose Jean. “Many times when I have encountered Philippe, he will grab my heavy bag and drive me home. He’s even a polite driver and will often let other drivers merge.”

Philippe learned the importance of community service when as an eight year-old he joined Scouts. “Scouts are dedicated to serving people and those ideals have stayed with me through my life,” explains Philippe.

He was raised to sing and smile in spite of difficulties and can’t have a good day without at least one “Bonne Action” or good deed.  “If I don’t have one Bonne Action, my life isn’t fulfilled for that day.”  Philippe drove Rose Jean to this interview as she was worried about finding the location far from her home. His Bonne Action was done for the day!