An Uber Ride and a Promise 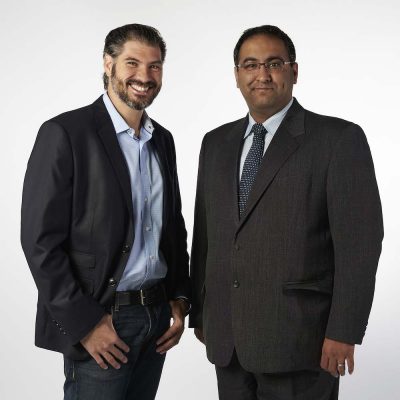 Some people believe in fate and for two Ottawa men – Meysam Safari and Murilo Torres – that fate came in the form of an Uber ride on a cold December evening.

Meysam –more commonly called Sam – had immigrated to Canada from Iran with his spouse and infant son three months before.  After living and studying in Malaysia for a decade, his English was very good and he was in search of a new home for his family. “An Iranian friend who lives in Ottawa encouraged me to move here as it would be a great place for a young family and more affordable than larger Canadian cities,” explained Sam.

Like many newcomers, Sam found himself driving Uber to get by until he found a job in his field. As he picked up Murilo one day after work, they began with the usual small talk, but within a few minutes, realizing they had so much in common and the conversation had become serious, he pulled the car over to the side of the road.

This chance meeting would set the gears in motion towards an amazing connection. Murilo, who rarely takes Uber rides, told Sam that he just had to help him find a job. The energetic, talkative and outgoing Murilo simply remarked:  “How can we make this happen?”

Murilo was accustomed to hearing the stories of other immigrants, as he was working for In-TAC, a program specializing in finding IT sector jobs for newcomers. Most importantly, he had been there himself, looking for a job in his field for four years. He knew that he could help his new friend to succeed and avoid some of the struggles and pitfalls he remembered from his journey.

Close to four years ago, Murilo had moved from Brazil with his spouse and two young children, because he too had heard that Ottawa is the best city to raise a family. “It was tough, we started our life from scratch, with no family, no friends, and only a bit of savings,” said Murilo. “I took a six-month landscaping job, then worked in sales at Rogers for two years.” Eventually a volunteer stint had turned into a full-time job at in-TAC.

When Sam returned home he told his wife, “Today, I either met a crazy guy or a life changing guy, which one I’m not yet sure.” Accustomed to the silence of many of his Uber passengers, he still couldn’t believe that this stranger truly wanted to help.

And help Murilo did with head strong enthusiasm and tenacity. Although Sam had arrived just before Christmas, which doesn’t tend to be good time for job seekers, he had great skills. He has a PhD, had taught finance at the university level and was very employable. “I promised Sam I would find him a job in three months,” said Murilo. “It became my personal mission and I wanted Sam to have it easier than me.”

They communicated by phone, email and met occasionally. Murilo began referring Sam as a job prospect to selective members of his broad professional network.

“What Murilo has done for me is over and above what you would expect from a stranger,” added Sam. “He is a true ambassador who has helped me with incredible passion and kindness.”

Murilo knows what it feels like to feel like you’re reaching a dead end. “When I arrived in Ottawa, I looked everywhere for a job,” explained Murilo. “I contacted everyone I knew in the Brazilian community. It seemed like everyone was so busy. Sometimes you just become a number and it’s hard to figure the simplest things out, like how to get a driver’s license, which can really help with employment.”

In Murilo’s line of work, there are dozens of Sams who he doesn’t want to become a number or fail. He teaches them the importance of networking and prides himself in not just connecting with thousands of people in creating trusting relationships with many of them. He builds the confidence of his clients. “It’s important for newcomers who are professional not to sell themselves short,” said Murilo. “I see many of them working in fast food or driving Uber like Sam and unfortunately some don’t move on to reach their full capacity.”

Sam did work as an Uber driver for a bit, and after a few interviews and Murilo’s coaching, found a treasured job in finance, all within three months of that life changing Uber drive. Amazingly, Murilo’s promise was kept.