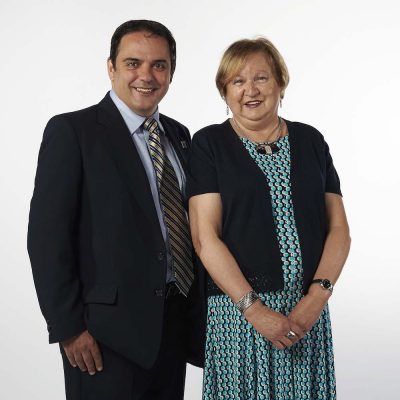 In Turkish culture, the term “teyze” mean an incredible aunt, sort of a half-mother.
After Omer Livvarcin moved from Turkey to Ottawa in September 2016 with his spouse and two sons, little did he know he would find a “teyze” in the form of Murielle Lemay.
“We first arrived to an empty house,” said Omer. “An email was sent to a network of people who help immigrants and very soon Murielle was at our door, providing us with furniture, kitchen items and other things.”

“Beyond the material things, Murielle has a great deal of empathy for us,” added Omer. “Every time she talks to my wife, her spirits are lifted. Murielle has laughed with us and cried with us. She has motivated us to find jobs, improve our English, learn French and became a part of the wonderful Canadian society.”

Murielle is a humble woman in her 70s. After retiring from a 28 year career as nurse, she began volunteering at the Catholic Centre for Immigrants 20 years ago with her husband, who passed away eight years ago. “I will never forget the first family I worked with,” said Murielle. “They had fled the Rwandan genocide and were afraid to go out of the house for fear of being killed.”

Over the years there were more families, from the Democratic Republic Congo, Burundi and other war torn countries. Sometimes the relationship lasted more than five years and her role ranged from a formal capacity to a task that evolved from a simple interaction Facebook.
“It fills me with pride to see how dignified and resilient these families are and to follow the small steps they make at first that lead to real progress,” added Murielle.

She even encouraged the Livvarcins to volunteer at a local long-term care home. “We had benefited from Canada and wanted to find a way give back,” explained Omer. “Volunteering isn’t as common in Turkey and it provided us with a way to show our appreciation to our new community.”

Murielle stresses that the giving is not one directional. “I have three daughters and now feel like I have two sons, Omer and another newcomer from Turkey,” she explained. “These families give me so much love and confidence.”
Murielle has made the Livvarcin family feel accepted in Ottawa, showing respect for their culture by bringing them a special banana cake for Ramadan. Something a “teyze” would do.