Helping a newcomer from A to Z 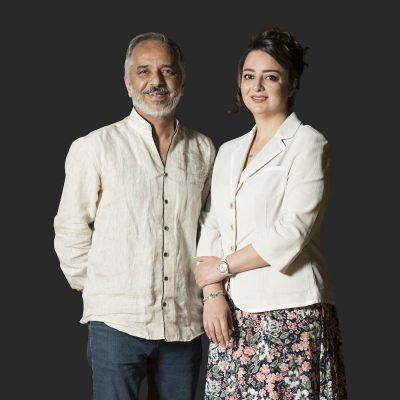 When Mitra Taravat and her husband Amir came to Ottawa in May 2016, there are countless ways that fellow Iranian expatriate Farhad Derakhshan made a difference in her journey.

“Farhad is such a great person that I can’t thank him enough,” explains Mitra. “He helped us from A to Z. Whenever we were faced with any kind of problem he was there to assist us. He helped my husband to find a job. He helped us to buy a house.”

While work was being done on Mitra and Amir’s house in preparation for them to move in, they found themselves without a place to stay as they had given up their apartment. “Farhad welcomed us into his home for three months, rent free, even though another Iranian family was staying with him. We were so happy to move into our new home last July!”

Mitra lost her father two years ago, so Farhad has become a father figure to her. “Farhad is like an angel with a pure soul,” adds Mitra.

Farhad knows first-hand how difficult the journey for an immigrant can be as he came to Canada as a refugee in 1984. He had lived in India for five years, but thought that Canada was his best choice for a new home. He appreciates the political freedom and diversity offered in this country.

Farhad is humbled by the Welcoming Ottawa Ambassador award. “I don’t need the acknowledgement from this type of award, but I do hope it encourages others to help newcomers,” he says. “I am proud of the culture we are building together as newcomers. We need to live together as a community and to focus less on consumerism and more on helping others to grow. Everyone has the power to change the world by their own actions.”

Farhad’s approach to life is well expressed by this quote from the Dalai Lama: “Happiness is not something ready made. It comes from your own actions.”