A Surprise at the Airport 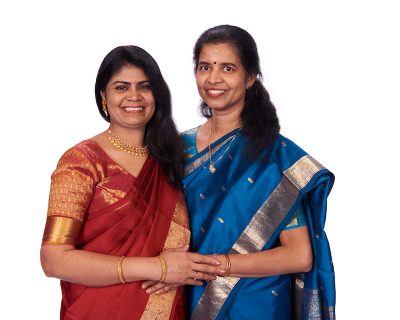 When Prathyusha Venugopal, her husband and teenaged son arrived at Ottawa airport and, Ajitha Marath picked them up to drive them to their Air BnB, they were surprised to see what she had brought for them.

“I was literally shocked and rather surprised to find Ajitha’s car loaded with food for us,” remarks Prathyusha. “She had meticulously planned and bought what we needed for a whole month – including groceries and other household items. The ingredients for Indian food are so intricate and she knew exactly what to buy. Ajitha had even cooked some Indian food for us to last for a few days while we figured out the nearby stores. We couldn’t believe a person can help to such an extent.”

That was only the beginning of Ajitha’s support. “The next day she came over and took us to the nearby grocery and Indian speciality stores, which made our life so easy,” explains Prathyusha.  “She kept calling me every day, enquiring about our well-being and to make sure that we had everything we needed.”

Ajitha, was an acquaintance of Prathyusha’s husband, from their college days India and also from the province of Kerala in southern India.  Although they hadn’t really kept in touch for years, when the Prathyusha’s family decided to move to Canada, Prathyusha’s husband wrote to her to ask if she still lived in Ottawa.  “Ajitha is an amazing person, a gem of a soul, whom you rarely find in this cut throat world,” says Prathyusha.” Right from the time we told her we were moving to Ottawa, she sent me all the required information for us to settle in Canada. She is a busy person, managing her kids and her career, yet she took time off from work, introduced us to Ottawa’s Indian community and helped us to feel at home.”

“A month after that initial trip from the airport, Ajitha was there again to pick us up and help us to move to a townhome which we rented,” adds Prathyusha. Often the first few months can be difficult for newcomers without family or friends. “We have been in Canada for two years now, and whenever I need something, I am happy that I have someone to rely on. Her support was crucial!”

They joke about “Ajitha’s moving company” always being ready. “I’m scared to tell her we’re going to India, as she’ll bring us to the airport,” laughs Prathyusha. “Ajitha has said as long as she’s around, don’t ever call Uber.”

“My mother used to say that you should think from another person’s perspective before you do anything,” explains Ajitha. “My hour or two can save someone a lot of time and tension. Whenever possible, I try to act that way. Later on I knew that that Prathyusha and her family would manage without me.”  Both parents now have full-time jobs and their son is registered to attend Carleton University in the Fall.

The two women have forged a close friendship filled with laughter and joy. “Credit goes to Prathyusha, who now has lots of friends in Ottawa, but yet doesn’t forget about me,” remarks Ajitha.

“My husband always said that money will come and go, but if you have time you should help others,” adds Ajitha. “This family didn’t know anyone. They have become great Canadian residents and soon will be citizens and I am happy that I have gained a great friend.”

Little did they know that the trip in a van from the airport would lead to such a deep and enduring friendship.