Finding a brother in Canada 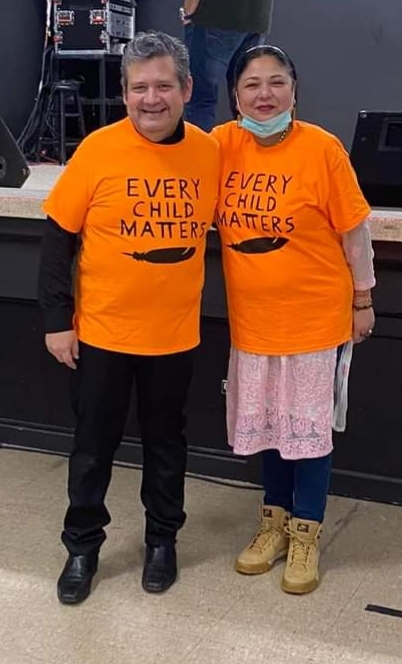 When Gipsy Gosh immigrated to Canada in 2012 she didn’t expect to find a Latin American brother, but she did.

“Pedro Diaz has been like a big brother to me,” says Gipsy. “As an Indian immigrant who had no multicultural friends here, he connected me to various Latin American and European communities which helped me create a beautiful multicultural platform, the “World Multicultural Festival.” This annual festival which began in 2016, includes fashion shows and dance performances that shine a light on Canada’s multicultural mosaic and breaks down barriers between various diverse groups.

Pedro, an accomplished community leader who on average volunteers three hours a day helping LGBTQ newcomers, has been the Director of Venezuelan folklore dance group, Churun Meru for 30 years. He is the Joint Director of Performances for the “World Multicultural Festival”.

Gipsy was looking for different multicultural groups and wanted to organize a pageant. She met Pedro at a gala event where he was performing as part of a Venezuelan folk group. “We started chatting and emailing,” explains Gipsy. Pedro, who immigrated to Canada in 1989, opened the door to the Latin American community and so much more. “I’m always organizing so many events, for the Latin American, Capital Rainbow Refuge and Ottawa Bears,” says Pedro who has an incredible amount of energy. “I’ve always tried to include as many newcomers in these events and it’s so rewarding to see them enjoy themselves in a safe environment.”

Pedro has taken seven Latin American LGBT refugees under his wing. They are Government Assisted Refugees, who sometimes can be more isolated than privately sponsored refugees who are linked to a group of Canadians. These refugees have become part of Pedro’s extended family and he checks on them once or twice a week. They refer to him lovingly as “Papa Pedro”. “He has tried his best to help and integrate newcomers, making them feel a sense of belonging by inviting them to the multicultural shows and rehearsals, hosting them in his home and guiding them in their job search,” explains Gipsy.

“When I organize the pageant as part of the festival, Pedro connects Latin American newcomers and immigrants from other countries,” adds Gipsy. “I’ve seen him helping so many people, inviting them for meals, welcoming people who have stayed isolated in their homes. When I met Pedro he provided me with connections to so many Latin American communities. We founded a beautiful platform to celebrate multiculturalism. I could never have done this without him. He’s a connector, mentor and big brother. I felt that sense of belonging to other multicultural communities beyond the Indian groups.”

“Through these events, I have met so many refugees and immigrants,” says Pedro. “It’s very inclusive, even though some people cannot speak English. The LGBTQ community members are represented as equals. It has felt so good that we are in Canada, finally seeing people who are happy where they can finally be respected.”

It’s through arts and multiculturalism that both Pedro and Gipsy have found a conduit to bring everyone together.
The festival’s pageant has male and female contestants performing in their traditional costumes and includes a speech and talent show. “It’s not about physical beauty, its about their attitude and love for multiculturalism,” explains Gipsy. The 2021 festival had judges from nine countries. The festival has had Canadian Indigenous winners and judges.

“Pedro is a kind-hearted person who helps others,” said Gipsy. “There are so many people at his place. His door is always open. He may be getting him a bus pass, taking them to medical appointments, or helping them with whatever they need.

“It’s a pleasure for me,” adds Pedro. “When you do things for others you get good things back. Last Saturday at an event, there were so many people in the community helping others. Refugees participated in my dance group and helped with the choreography. It was empowering for everyone. When you see results, it’s very rewarding. It’s about bringing happiness. It’s about the fusion of many cultures and identities.”
The goodwill has spread beyond the multicultural events. Some Latin American participants who own restaurants have now hosted fundraisers for refugees and sometimes refugees perform at their fundraising dinners. Through participation in the pageant, a group decided to support Afghan refugees. Another pageant participant from Pakistan was instrumental in the recent sponsorship of a LGBT refugee from that country.
Gipsy and Pedro have now together set an example for others to follow in their footsteps. And Gipsy has found a wonderful brother to make the journey better.