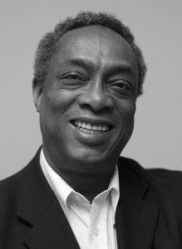 For more than 50 years, Carl Nicholson has been a man with a mission. In his own words, “I’m driven to build a better world.”

By any standard, he has been highly successful in this task.

Since joining the Catholic Centre for Immigrants as Executive Director in 1994, Carl has been synonymous with the settlement of newcomers in Ottawa.

Through his hard work and leadership, he built new approaches and programs that helped tens of thousands of immigrants and refugees for close to three decades.

Through his energy and commitment, the Bruyère Centre for Immigrants at 219 Argyle has become a recognized immigrant service hub and a beacon of hope to many newcomers, over multiple decades.

The Catholic Centre for Immigrants was behind the creation of a much-needed reception house for refugees in Ottawa in 1988 – the Maison Sophia Reception House. Two decades later, in 2018, when Ottawa received many refugees and housing pressures became a major barrier, Carl helped establish a second transitional housing in Ottawa – the Welcome House.

A graduate of Carleton University and a Certified Fund Raising Executive (CFRE), he has an extensive background in leadership positions (more than 40 years) in the not-for-profit sector, and has maintained his own successful fundraising and management consulting company since 1989.

The mission doesn’t end there. Carl has been a tireless advocate for several not-for-profit and immigrant services organizations, often helping to found, lead or chair them. He is, for instance, a founder and member of Local Agencies Serving Immigrants.

He has sat on boards, committees and advisory panels of many agencies and advocacy groups, including the Capital Community Credit Union, Local Agencies Serving Immigrants, Ontario Council of Agencies Serving Immigrants, the Community and Police Action Committee, The Ottawa Local Immigration Partnership Council, the Canadian Border Services Agency Advisory Committee, the Executive Committee of the Human Resources Council for the Voluntary Sector, the Ottawa Police Services Board, Save the Children, and the National Settlement Council and the Advisory Committee for the Deputy Minister with Immigration, Refugees and Citizenship Canada.

Carl’s sense of service came with him