Long-time Ottawa Resident “Pays it Forward” to Another Immigrant 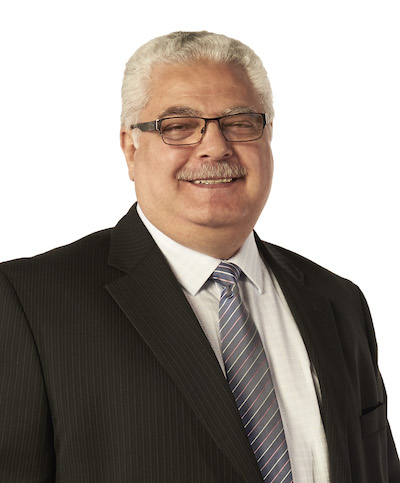 Nasser El-Batal immigrated to Canada from war-torn Lebanon in 1984. Although he had a university degree from his home country, he worked in construction, drove a taxi and was a carpet layer for his first few years in Ottawa.  He knows first-hand the heartache and roller coaster ride that life as a newcomer can entail. He remembers the sadness of not being able to return to his home country and being separated from family and friends.

“When you arrive in a new country, often you are just splashing in water and not yet swimming,” explains Nasser. “It took me close to 15 years to feel at home, to integrate and develop my business.”

So when he met Hassan Gardesh, an immigrant from Iran, he felt he had an opportunity to “pay it forward”. Others had helped him in his journey towards integration and now it was his turn to give back.

Currently the co-owner of a successful IT service management company, Nasser met Hassan for an informal interview after receiving his job application. He saw that Hassan had great professional skills and eventually hired him as a contractor.

“Nasser is not only a successful entrepreneur, but also a goodhearted person,” said Hassan. “His attitudes of trust, openness and honesty helped me to get my first contract job in Canada and I owe him so much gratitude.”

“Newcomers often don’t have business contacts when they arrive in Canada or understand the maze of business structures we have,” adds Nasser who also walked Hassan through the process of setting up his own business. “It was personally satisfying to help him take his first steps in the Canadian business world.”

Hassan recently moved to Vancouver, where he is a successful consultant. Although they live on other sides of the country, Hassan and Nasser continue to work together occasionally. And when Nasser is in Vancouver, they get together socially. They are not only colleagues, but have become good friends. Nasser paid it forward and gained a new friend in the process.