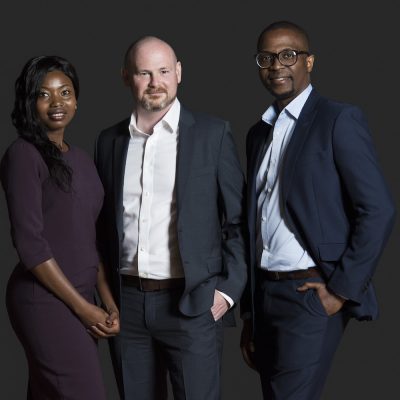 Robert (Bobby) Sampson puts his skills as a well-connected lawyer to great use helping newcomers transition to the Canadian workforce. He does this so well, that some of his mentee’s describe his impact as the “Bobby Effect”.

“Robert is a generous and dedicated mentor who helped me achieve my goal of teaching law at a Canadian university,” says Clémence Naré who moved to Ottawa from the United States in 2013. She is originally from Burkina Faso. Clémence was part of Immigration, Refugees and Citizenship Canada’s Federal Internship for Newcomers program.

“In 2015, I was lucky to be matched with Robert. Since then, I benefitted from his expertise and dedication as he guided me and supported me selflessly through my professional and personal settlement adventures, and he helped speed up my integration process in the very competitive Canadian labor market.”

Robert encouraged Clémence to apply for positions which she initially thought were out of her reach, and he reviewed and disseminated her resume within his wide professional network. He even introduced her to people in the legal field, opening doors that eventually led to her to becoming a part-time lecturer in international law at the l’École Nationale d’Administration Publique, Université du Québec en Outaouais.  Clémence also works with the International Institute for Sustainable development as a legal advisor and outreach manager for the Intergovernmental forum on Mining, Minerals, Metals and Sustainable Development.

“For newcomers, Robert is the perfect representation of Canadian generosity and welcoming communities, adds Clémence. “Robert helped bring back my hope and confidence. He encouraged me and it really made a difference. In fact, initially he believed more in me than I did.”

Ayokunle, a Nigerian lawyer who recently moved to Ottawa with his wife and two year-old daughter, echoes a similar sentiment. “Robert went above and beyond his role as a mentor. We met at least once a week before work, where he helped me with my resume and understanding of the Canadian cultural context and the complex process to become a Canadian lawyer.”

Robert arranged for Ayokunle to meet for a coffee with different types of lawyers and Ayokunle quickly found himself with three job interviews and two offers. In May 2018, Ayokunle started as a project manager with the Canadian Bar Association. “Robert showed me how valuable my skills were. It became a paradigm shift, as at first I thought I might have to settle for a survival job, but this job far exceeds my initial expectations.”

Once a mentee finds a job, the formal mentor/mentee relationship ends, but often the connection remains. “Robert went above and beyond and became my life coach,” adds Ayokunle. “He has helped me with other things, including finding a family doctor and a good mechanic. Our families now get together to socialize.”

“The most effective thing I can do for my mentees is to provide them with contacts, as people often get jobs through networking,” says Robert. And for Robert, it is incredibly satisfying to see success stories like Ayokunle and Clémence. He is truly humbled by receiving the Welcoming Ottawa Ambassador award and expresses a deep admiration for Clémence and Ayokunle by saying, “They put me to shame in how hard they work.”