Sister of the Heart 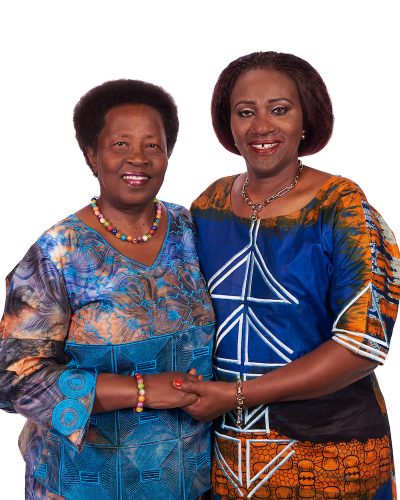 When Cécile Nicayenzi came from Burundi in November 2014 to visit her daughter who had recently delivered premature twins in Montréal, her plan was to stay for six months. Then the political crisis erupted in Burundi. Her husband became a refugee in Rwanda. She was granted refugee status in 2016 and moved to Ottawa.

Throughout her difficult journey, she could count on one exceptional person who became her Welcoming Ottawa Ambassador.

“Moving to a new city is never easy,” remarks Cécile. “Marie Goreth Ruzirabwoba guided me through the various steps as an asylum seeker.”

Lack of affordable housing is a major issue for many newcomers. When Cécile first came to Ottawa she was housed for three months in a Vanier motel. “I met Marie Goreth through a mutual friend of my daughter’s,” says Cécile Nicayenzi. “Marie Goreth lived close to the motel where I was living. She took me to my appointments with immigration lawyers, doctors and social service agencies. She was always available when I needed her.”

Marie Goreth went the extra mile for Cécile. “I was in a very small room and couldn’t cook for myself,” remembers Cécile. “She always brought me homemade food, and sometimes Burundian dishes. I was very surprised. Marie Goreth is exceptionally generous and very selfless. When I got my apartment, it was empty, with only a fridge and stove. She helped me to fill it with everything. She connected to organizations that would become valuable resources. Thanks to Marie Goreth, I was oriented to Ottawa. Twice she helped me find a job. She continues to help me each and every day. She saw that I was alone and would call me and told me to call her anytime.”

Marie Goreth explains her motivation to help newcomers like Cécile. “When I see someone who is sad, I want to help,” she says. She remembers meeting the first newcomer she would help in 2012 while riding the bus with her daughter. She was busy young mother living at the YMCA-YWCA and studying at La Cité college.

Her work continues to generously help many other newcomers. Often when Cécile’s visits Marie Goreth’s home, she sees other newcomers being oriented to life in Canada by this wonderful woman.

Marie Goreth feels that her life has been enriched by supporting newcomers. “I have become friends with everyone in Cécile’s life,” says Mary Goreth. “Her husband writes me to thank me. Although I don’t have money to provide, I can give my time. It’s so rewarding. Cécile is a jewel in her family.”

Word of Marie Goreth’s kind spirit has travelled far. Now when she travels to Africa, she has family and friends of the newcomers wanting to meet her.

As Marie Goreth and Cécile give each other a warm hug, Cécile summarizes their strong bond:  “She is my sister of the heart.”