The Canadian Value of Compassion 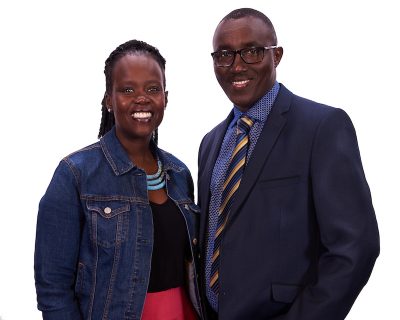 When Sandra Barancira came to Canada as a teenaged refugee 25 years ago, there was a very small Burundian community. “Then there was a wave of young people, some who went astray because of lack of support and adult supervision,” she remembers. “We became Canadian, but our heritage was still Burundian.”

She had the typical life of a civil servant in Ottawa, bringing up her three children. That was until 2015, when unrest and violent oppression struck her native country. She couldn’t just sit idle, as many Burundians in Canada saw their refugee applications refused. She became an advocate and activist on behalf of Burundian newcomers.

“People ask me why I do what I do,” says Sandra. “I couldn’t just watch as a lot of Burundians had their refugee applications refused, even though they had been here for many years. People who had been here for a decade were deported back to Burundi. Sadly some ended up in refugee camps.”

André Dunduri, another civil servant who came to Canada ten years ago, joined forces with Sandra and about a dozen other Burundian expatriates to see what they could do. Initially they found themselves in isolation and multiple directions. Members of Parliament (MPs) who they contacted often asked if they had an organization. So they formed the Burundian Alliance of Canada (BAC) to fight the deportations and advocate for human rights in Burundi. A parliamentarian committee on the Burundian situation was struck.

The BAC joined the Canadian Council for Refugees to advocate for broader refugee rights and now has more than 300 members.

“When you see something that is not right in Canadian society, you have the responsibility to try to change things,” remarks Sandra. Working as the Vice-President of BAC, she helped to change the Canadian government’s policy. Thanks in part to this advocacy, Burundi was put under a moratorium for deportations in November 2015. Paul Dewar and Mauril Bélanger, two local MPs who have both sadly passed away in recent years, were instrumental in this work.

The government had warmed Canadians not to travel to Burundi,” says Sandra. “So then we convinced the government that Burundians in our country should not have to go back there to face danger.”

“Sandra not only fought hard to stop the deportations of Burundians, she has actively helped individuals,” says André. “She saved the life of a child who was seriously ill, but whose parents did not have access to medical coverage because of their immigration status. She contacted the local Member of Parliament on behalf of this family and the issue was solved.”

“Sandra is extraordinary,” remarks André. “She has a big heart and forgets herself to help others. The work she does for the community is a big part of her time. How she manages to organize her life to do so much for others is quite impressive.”

Sandra is driven by seeing concrete results. “When you see results after time, the sacrifice is worth it,” she says. The reward of seeing actions turn into policy change is something I wish everyone could experience. What drives me, is not to looking for recognition from others, but rather seeing the results come to fruition.”

She will always remember the first Christmas she spent in Ottawa after moving from Montreal and spending time in a shelter. A single mother, she only had two mattresses and a television in her subsidized apartment. A group of office workers arrived with Christmas gifts. They took only look at her situation and returned with furniture and many other items. “I only saw them once,” remembers Sandra. “I will always remember that day. If those strangers could do that for me, then I knew that I too had a duty to give back.”

Sandra is touched by how a group of Burundian refugees living in Vanier, led by André recently help in the flood relief efforts. “These people, many of whom fled Burundi’s violence in the last year or two, travelled far to the Gatineau and Pontiac regions to help with sand bagging,” she says. They really wanted to show their solidarity to the people affected by this disaster.” They have embodied the Canadian value of compassion.